Although an increasing number of RDF knowledge bases are published, many of those consist primarily of instance data and lack sophisticated schemata. Having such schemata allows more powerful querying, consistency checking and debugging as well as improved inference. One of the reasons why schemata are still rare is the effort required to create them. In this project, we propose a semi-automatic schemata construction approach addressing this problem: First, the frequency of terminological axiom patterns in existing knowledge bases is discovered. Afterwards, those patterns are converted to SPARQL based pattern detection algorithms, which allow to enrich knowledge base schemata. We argue that we present the first scalable knowledge base enrichment approach based on real schema usage patterns. The approach is evaluated on a large set of knowledge bases with a quantitative and qualitative result analysis.

As an example for knowledge base enrichment, consider an axiom pattern

describing that every person which is in a team that is a soccer club, is a soccer player.
Adding such an axiom to a knowledge base can have several benefits: 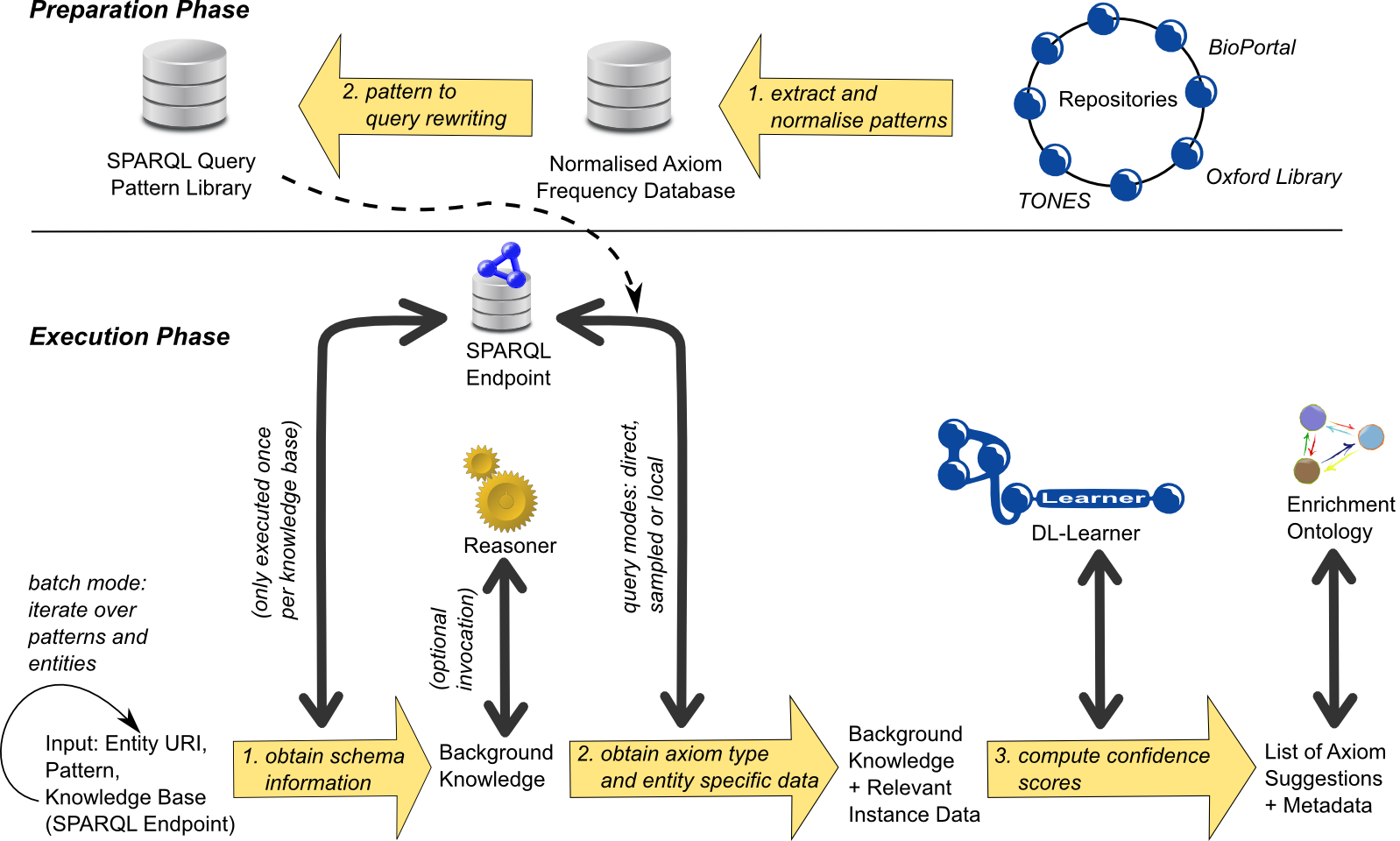 Execution Phase
In the execution phase the actual axiom suggestions are generated. To achieve this, a single algorithm run takes an axiom pattern and usually a specific class name as input and generates a set of OWL axioms
as a result. It proceeds in three phases:

The analysis of the following ontology repositories

This results in the following top 15 TBox axiom patterns occurring in at least 5 ontologies ranked by frequency. Each row contains the position/rank of the pattern in each repository. In addition, we also report the winsorised frequency: In the sorted list of pattern frequencies for each ontology (without 0-entries), we set all list entries higher than the 95th percentile to the 95th percentile. This reduces the effect of outliers, i.e. axiom patterns scoring very high because of few very large ontologies frequently using them

Top 15 axiom patterns and its sequence of total frequency when processing the ontologies in random order: 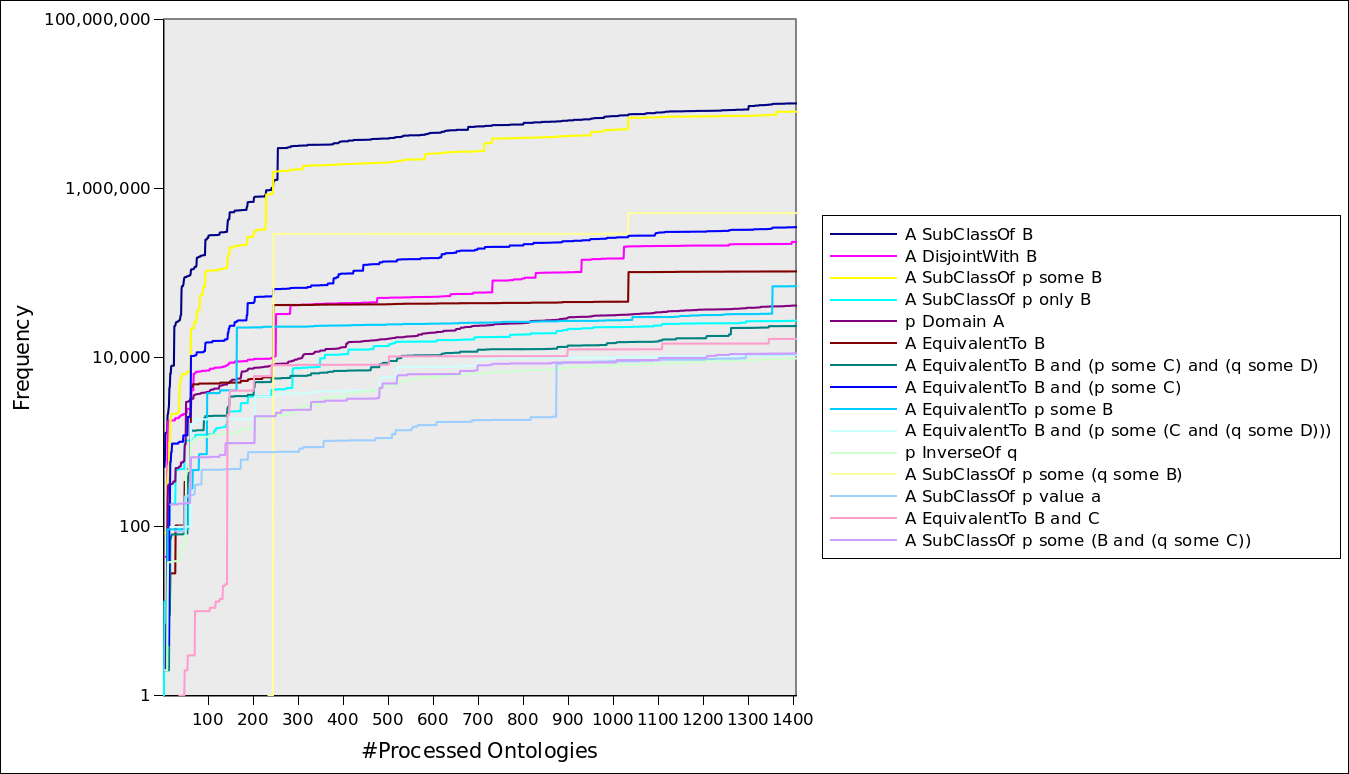 Top 15 axiom patterns and its ranking position when processing the ontologies in random order: 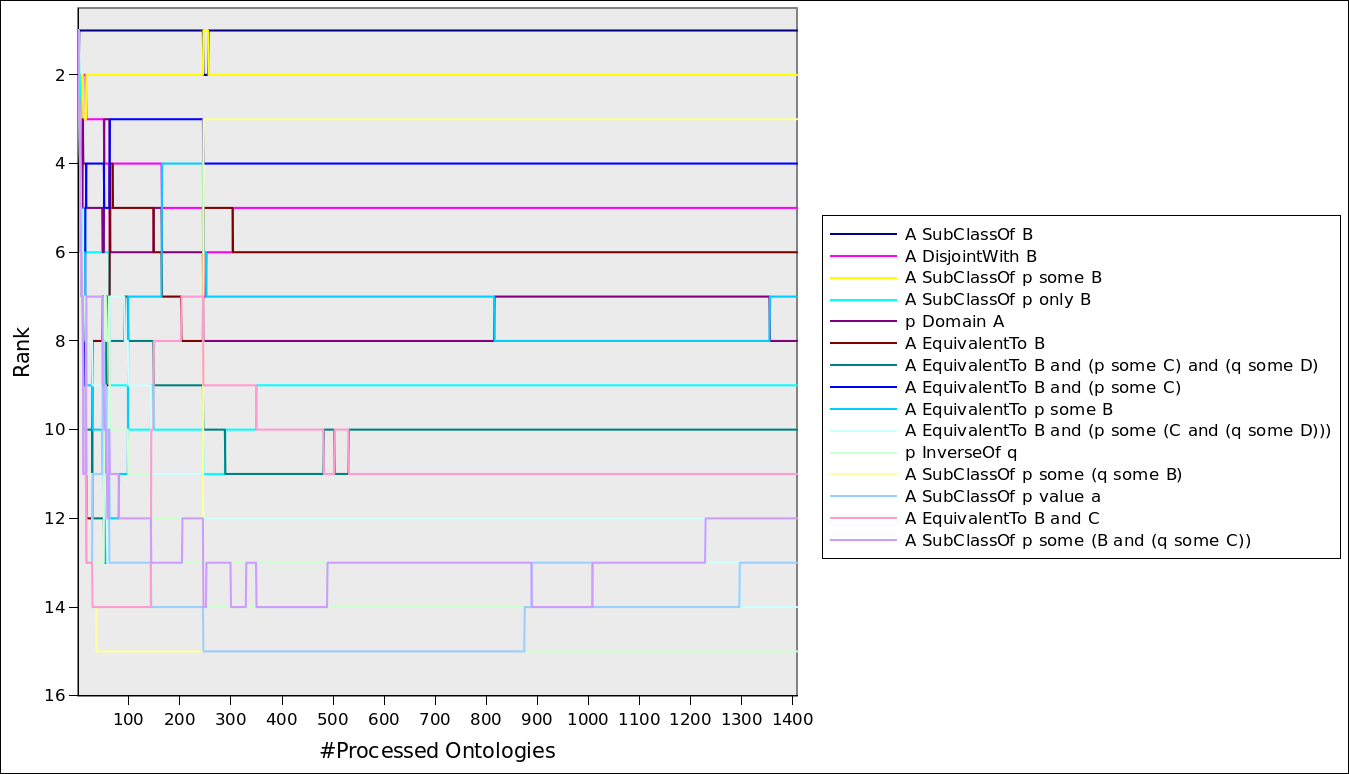 Results
(The evaluation results are not final yet.) 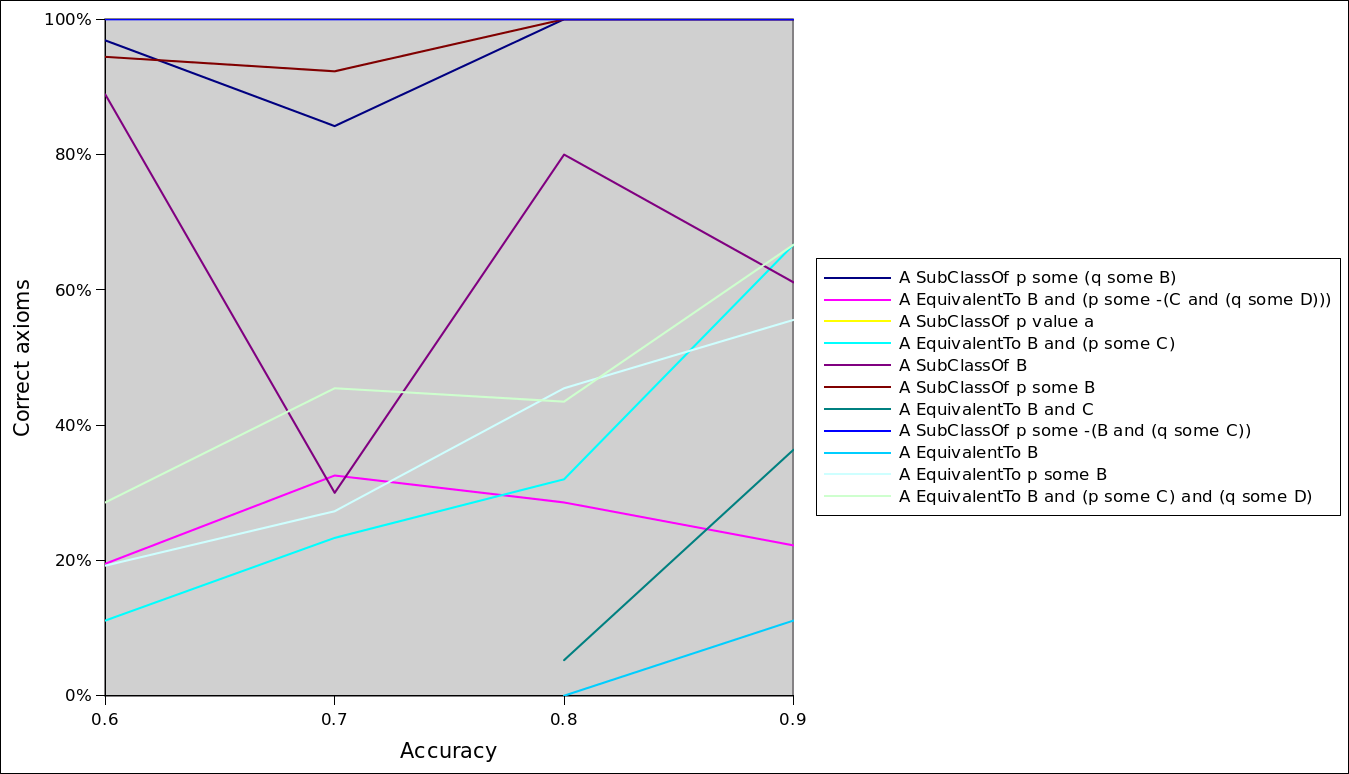 To perform the analysis, question were added in 10% buckets by confidence interval (60–70%,<70%-80%,<80%-90%,<90%-100%). Only buckets with at least 5 entries were used (which is why the lines are interrupted). For most axiom types, the trend is that axioms with higher confidence are more likely to be accepted, although two of the 12 axiom types show a decline with higher confidence. We will investigate this further and also add an overall trend summary.

Join #ISWS23 to engage in an intensive experience incl. lectures & keynotes from outstanding speakers, a learning b… twitter.com/i/web/status/1…

"Exciting news! A new website is now live for #DataWeekLeipzig23. Stay updated on all the daily events and join the… twitter.com/i/web/status/1…